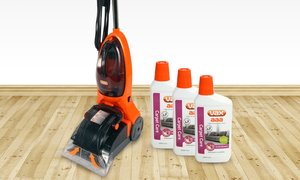 I am a mother of two and a dog owner, so our carpets tend to accumulate a lot of hair and muck. Dissatisfied with the performance of carpet washers I’ve had in the past, I decided to give the Vax VRS5W Rapide a try, to see if it could do anything to impress me. This very website rated it the best carpet cleaner available for under £100 so I had high hopes! 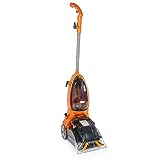 Assembly was easy enough; the manual provided was very informative and gave precise instructions on how to put the whole thing together. The storage for the clean and dirty water was quite reasonable, allowing for ample time before you have to clean it out and refill the clean water.

The machine in its entirety is very lightweight and compact, which was convenient for me as my home had some very cramped spaces. The operation was a tad noisy, but no more than your average vacuum cleaner. Any veteran housekeeper would recognise the sound with fond familiarity. If you’re unfamiliar with the Vax brand, there’s a complete guide here.

I chose a smaller carpet located in our entertainment center to practice on before moving on to our other carpets. It was white – or at least it was when I bought it – with a bunch of grizzly bears in scarves frolicking around pine trees along the edges. It was supposed to look Christmas-y, but the stains scattered all over didn’t quite pass for snow. 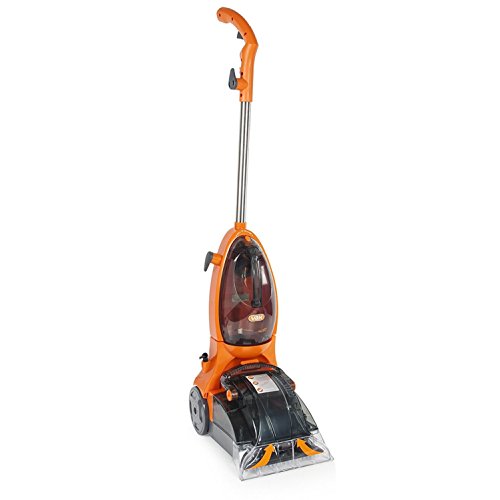 After a few minutes of practicing on it, I was struck with a feeling of nostalgia as our old carpet turned back into the same colour it had been when I bought it several years ago. Before cleaning it, the carpet was a mishmash of colours and textures; with hair and other debris sticking to it, and the whites of the bears’ eyes looking yellowish. After running the Rapide across it a couple of times, the little grizzlies didn’t look as though they had jaundice anymore.

Moving on to the other parts of my home, I realized the full significance of the compact size and lightweight nature of the Rapide, as I was able to manoeuvre around all the furniture and clutter around the house with ease. Without the included wide nozzle, however, cleaning the carpets needs a bit more time as the built-in brush itself isn’t very wide. Still, this proves to be worth the trade-off, as I went up to clean our second floor, which was entirely carpeted.

The following video shows the Rapide in action – it’s a bit loud but you can see it really cleaning.

Our second-floor hallway was a tad narrow, barely enough for two people to walk along it abreast. It also had a table on each side. Given a larger carpet cleaner, I would have had to remove both tables from the hallway and set it on the landing at the top of the stairs, which was much wider. Thanks to the size of the Rapide, however, I only needed to move one of the tables to the side as I worked on one-half of the hallway, and again for the second half. 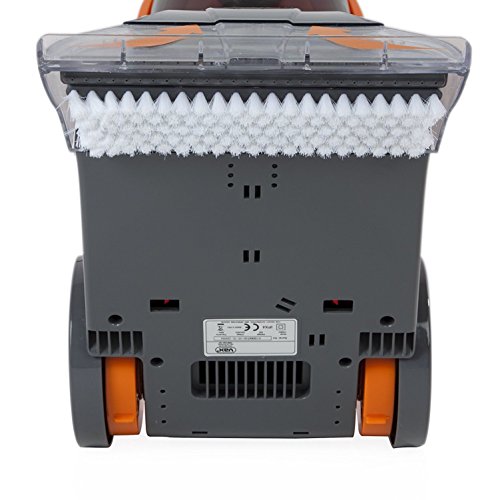 This model is a great one to have for housekeepers that have to work in tight spaces, or don’t really feel like working with a bulky, heavy model. I give it a 9 out of 10. Would buy again.